Active emitters of an electric field, working in a completely different way from the Mishin / Tesla bifilar coils, which have already become familiar to many.

The device is an active “spike” elements working in conjunction with a “double labyrinth” emitter. A high voltage alternating current with a frequency of about 300 kHz is supplied from a step-up transformer – a capacitive torus. The effect is due to the strong electrostatic field generated by both emitters. In one half-period a positive potential is applied to the thorns, a negative potential is applied to the “double labyrinth”, in the other half-period the polarity is reversed. If the emitters are placed on different sides of the body, a powerful “pumping” by the therapeutic electric field occurs. Each of the emitters can be used separately (connection through the connectors allows you to do this), but the combined use significantly enhances the therapeutic effect.

The method of electrotherapy proposed by V.D. Ragel, but improved and developed at a new level by Alexander Mishin.

A new, improved version of the “thorns” active emitters with the “Flower of Life” mandala. It is essentially a phased antenna with electric field emitters in the form of pointed thorns.

The Flower of Life mandala is one of the most ancient symbols of sacred geometry, which combines religious and mythological ideas about the world order. The meaning of this figure is multidimensional. This pattern is also sometimes called the “seed of life.” It has the property of harmonizing space and structuring the flows of energy around itself; such a mandala has an extremely positive effect on a person. How else can such beauty act ?! ;)

The combination of active thorns and a mandala in one device enhances the healing effects of both.

In this case, an electric massage of each cell, placed between these emitters of the body, takes place, which ultimately contributes to the launch of the processes of its regeneration and rejuvenation.

There are similar labyrinths in our churches, for example: link

In addition, similar mazes are found in excavations around the world: link

Many facts suggest that labyrinths” work “in some way incomprehensible to modern science way, harmonizing and structuring energy flows.

During experiments with the labyrinth coil, it was found that it has an amazing healing effect even without being connected to a generator, only due to its sacred form. Alexander Mishin confirmed similar properties of such coils.

An improved version of the “double labyrinth” emitter consists of two labyrinths (flat coils, completely coinciding with each other and located on two sides of the printed circuit board). The coils are connected in series (end of one with the beginning of the other), high voltage is applied to the midpoint of this connection. In fact, such a connection is a Nikola Tesla bifilar coil, only made in the form of copper conductors on different surfaces of the printed circuit board. This improvement was proposed by Alexander Mishin.

The double labyrinth is made in a case with a diameter of 22.5 cm. Spikes – at your choice, two standard sizes of cases: 15 cm and 22.5 cm in diameter.

Follows remember that the spikes and the “double labyrinth” coil do not replace the usual Mishin coils, but only supplement and expand the range of impact. They are used according to the general recommendations for working with Mishin’s coils: see instruction

A step-up capacitive torus is connected to the generator, and spikes and a double labyrinth are already connected to it. The power level at the generator can be set to the maximum (since the parasitic electromagnetic component of the field in emitters of this type is practically absent). You can check the operability of the labyrinth and spikes indicator of the electrical component of the field. The connection scheme and modes of use can be see the quick instructions .

If necessary, the step-up transformer can be used without spikes and double labyrinth, i.e. like an ordinary Mishin capacitive coil in the form of a torus.

We understand how difficult it is to make a choice.
Engineer Live-Sinus is ready to advise you and help with the choice 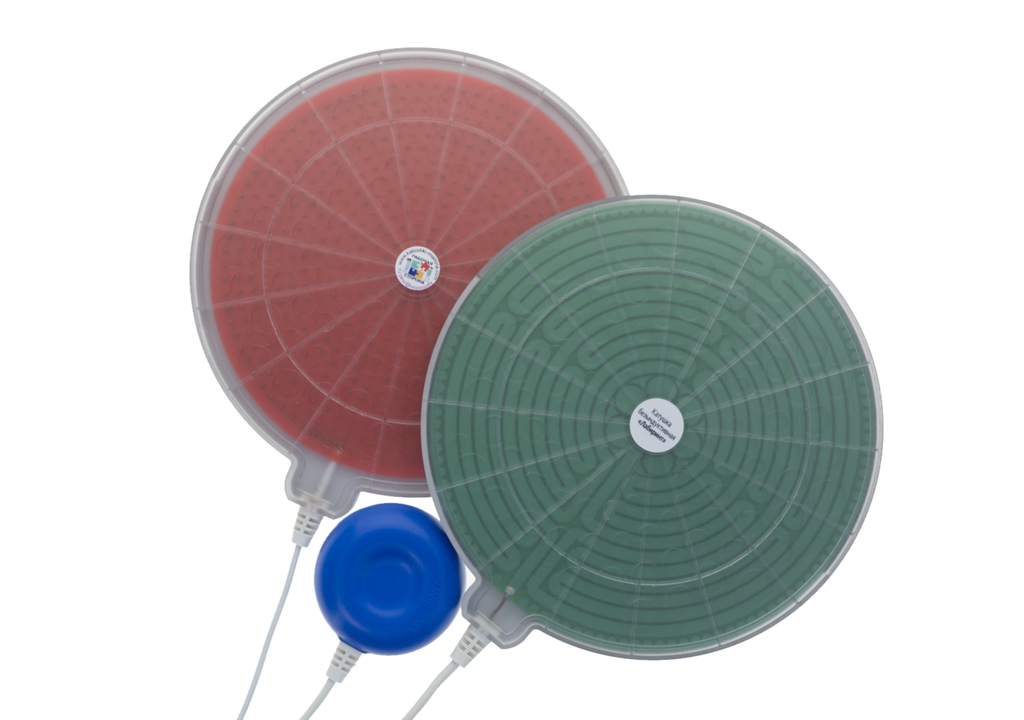 GET 20% DISCOUNT ON ONE MISHIN FLAT COIL!